You can’t remember how long you’ve been stranded here.
Months? Years? Sometimes it feels like a lifetime.

You, an Astronaut is a short single-player roleplaying game about being adrift in a familiar space.

Your ship, LK Solo Scout, has been off-course for a long time. The dreams of cryo-sleep linger after you awaken. How long have you been here? Will your distress call be answered? At this point, do you even want an answer? The game was first created for pride month in 2019, with queer themes in mind. This is an updated edition with new writing, layout, and artwork.

Want a physical edition of the game? 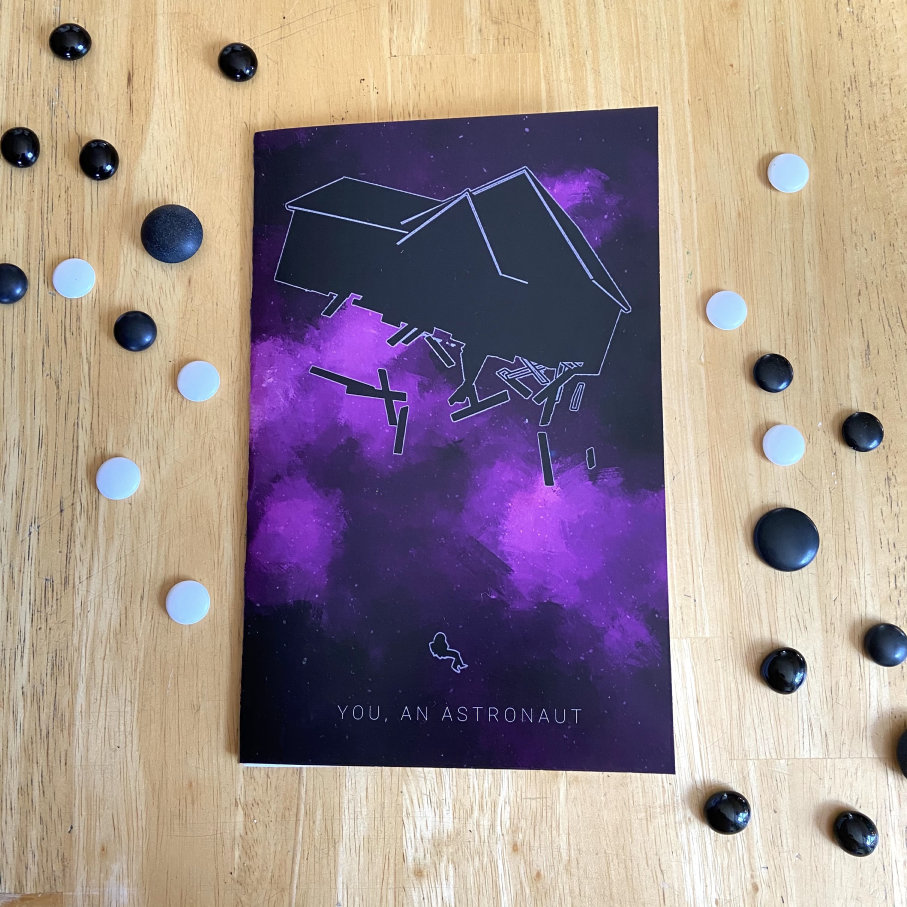 You, an Astronaut is a full-color staple-bound solo roleplaying game, 24 pages long. It's printed locally in Northampton, Massachusetts. If you'd like a physical version of the game, you can purchase it on our website here for $10.

In order to download this game you must purchase it at or above the minimum price of $6 USD. You will get access to the following files:

Support this game at or above a special price point to receive something exclusive.

If you're interested in You, an Astronaut but don't have the money to spare, please feel free to pick up one of these community copies!

You, an Astronaut is a very different kind of game. Like another of the commenters on the game page, I was initially confused by the format. Sure, it's an interactive story but there isn't much to do beyond choose from some preset options. But where the game shines is in the layout of those options. The choices you make are thought-provoking and freeform to the point of being revelatory about yourself. When presented with multiple options, are you allowed to pick more than one? All of them? What happens if you are drawn to contradictory choices? There is no one there to tell you what the rules are, so you have to make them up yourself, if you even want to have rules.

The best part about the game might be the ending. Without giving anything away, the introduction of a new voice to the world really hits hard. It's unexpected, just as jarring in-game as out-of-game. And the open-ended final question, with no options presented? Fantastic. Even with a new voice present, the game ends with just you. An astronaut.

This was such a lovely experience! Definitely tapped into my sense of wonder.

Thank you, glad you enjoyed it!

I really like the design of the pages, but I'm confused on how you're meant to play it. I can tell that I select options, but there's not any rules. Is it supposed to be like a choose-your-own-adventure book? If so, the options don't seem to lead to different outcomes. I don't know, maybe I'm just too dense to understand it. Regardless, it is visually pleasing at the least.

When we made the game, our goal was to present thoughts in the way they might occur to the sleeping astronaut, dreaming a mix of their computer’s interface and their own reflections. The “choices” sometimes lead to a second thought, but often have no impact other than deciding how you feel. It’s also valid to review the thoughts and make no choice at all. That’s sometimes how it goes in dreams.

We may have fallen short of that goal and just made something confusing. But we deeply appreciate your engaging with it, and that you still enjoyed some elements of it! Thank you for reading and taking the time to share your thoughts :) 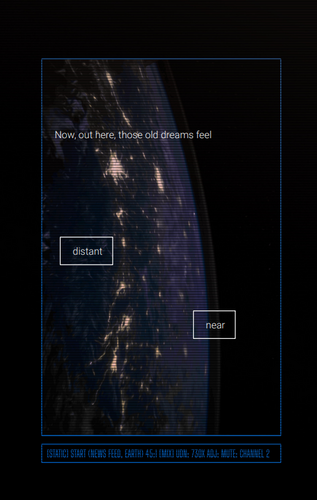 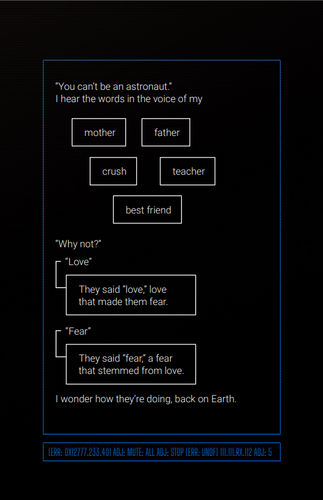 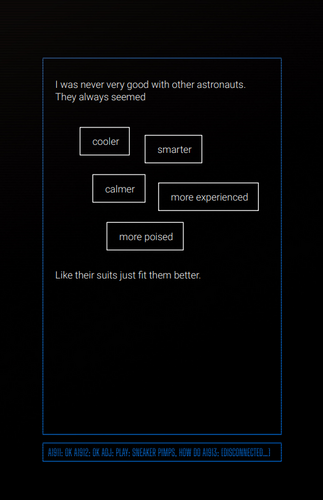