A strange city. A vicious crime. One chance to find the answers.

Noirlandia is a murder mystery roleplaying game played with an actual cork board. When you first sit down, no one knows the answers.

You'll figure out the way your city ticks—maybe it’s blanketed in white ash, maybe it’s built atop the back of an enormous dying beetle, maybe only a few non-synthetics remain.

Your story follows a group of interconnected characters, a mind-bending case, and the cold stiff that started it all. Roll well, and you'll be allowed to pin new leads to your cork board or string connections between them.

Find the truth, or lose yourself trying. It’s just another day in Noirlandia.

Noirlandia is for 3-4 players and takes about 3 hours to play.

You can create your own city and characters, or jump-start your game with one of nine fully-illustrated cases, available to download here for free.

Kind words about the game

"There's no other game I can think of that better replicates the noir genre, or that better understands the joy of piecing together a mystery one clue at a time. 'You've got a nasty reputation, Noirlandia. I like that.'"

-Andrew McAlpine, There Will Be Games 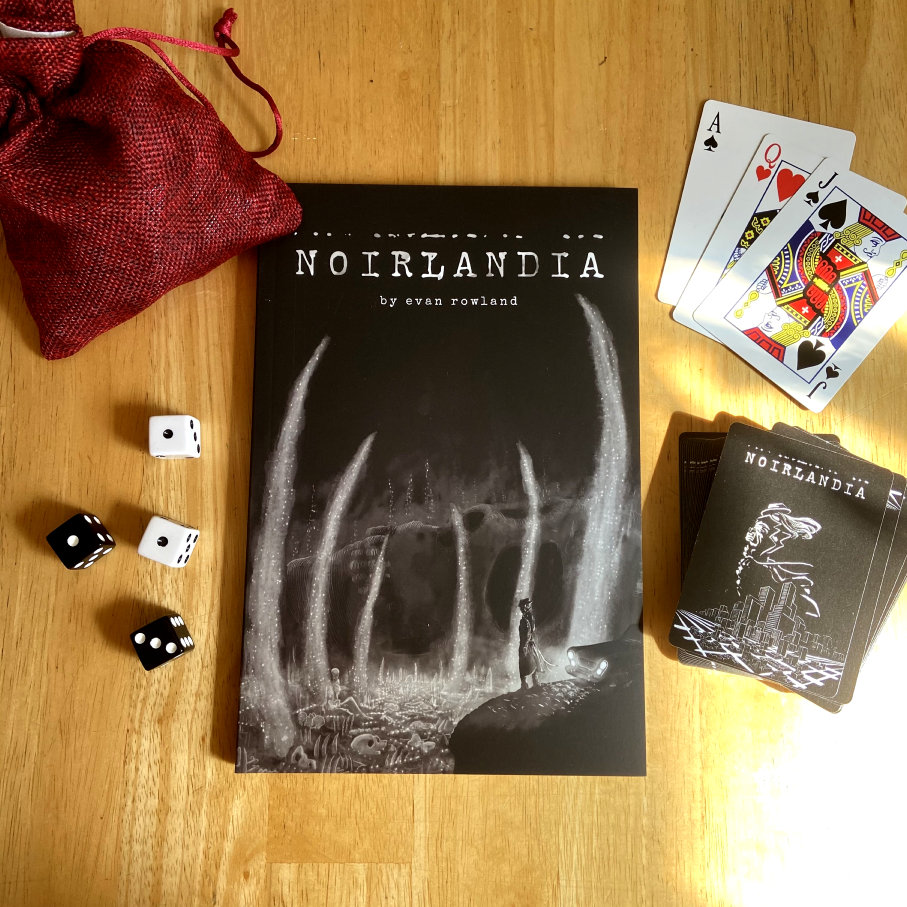 In order to download this game you must purchase it at or above the minimum price of $10 USD. You will get access to the following files:

silly question because the description says 3-4 players, but how feasible is adding a few more players to the game? would anything break, or would it just be a longer session? heard this game played on friends at the table's bluff city season one and am really psyched to play it some day. thanks

Hi, Evan here, thanks so much for getting the game!

Playing with more than 4 players is definitely doable, it just changes the game's balance in a few ways. Before I mention those, you could avoid the issues by having some players play jointly, using a single character sheet, making decisions and roleplaying together. Holmes and Watson, Thelma and Louise, partnered police, an old retired couple - any team that will work together and share stats.

If you instead go with additional individual characters, the game won't actually be too much longer. The main thing to keep in mind is that every player will have fewer turns in the spotlight. That might mean they don't have enough airtime to give their character a satisfying arc. Your group can mitigate that by including more player characters in each scene, and giving them space to play and evolve even when they aren't in the spotlight.

Another effect is that the damage of the case will be divided between more players - so each individual character won't get as bloodied or broken by their investigation. You could just accept that, and play a gentler, easier game. If you'd rather keep things rough, try this: After character setup, for each player beyond the fourth, have every character take one damage to one of their four stats. Choose any stat except the lowest (or tied for lowest).

Thanks again, and please feel free to reach out if any other questions come up! Best of luck on the case! 🕵️‍♀️

There's nothing quite like Noirlandia. This intriguing game feels much like the dark, mysterious cities that it emulates: once take the time to find your way around, you'll unlock a world of incredible depth and stunning possibilities. Learn the by-words, look for the secret signs, and keep your head down: there's new things to discover around every turn.

Wow, thank you so much! We're beyond flattered! 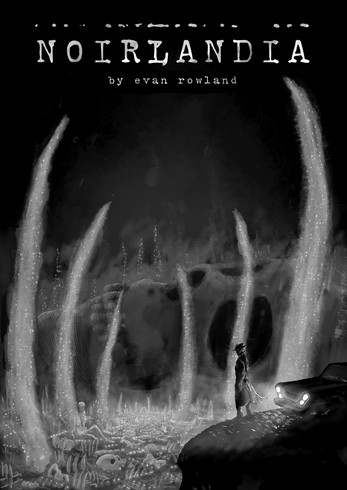 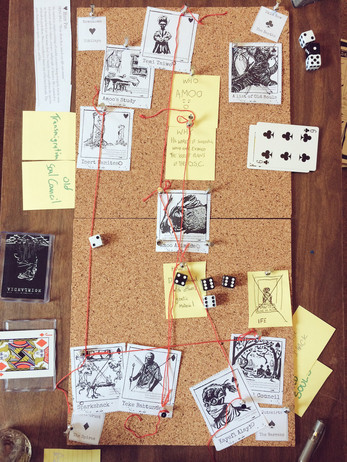 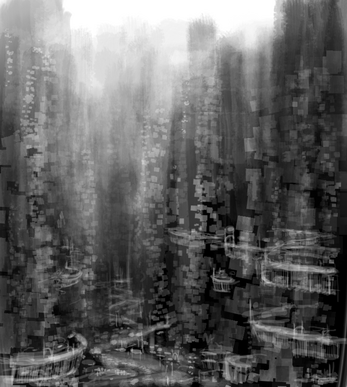